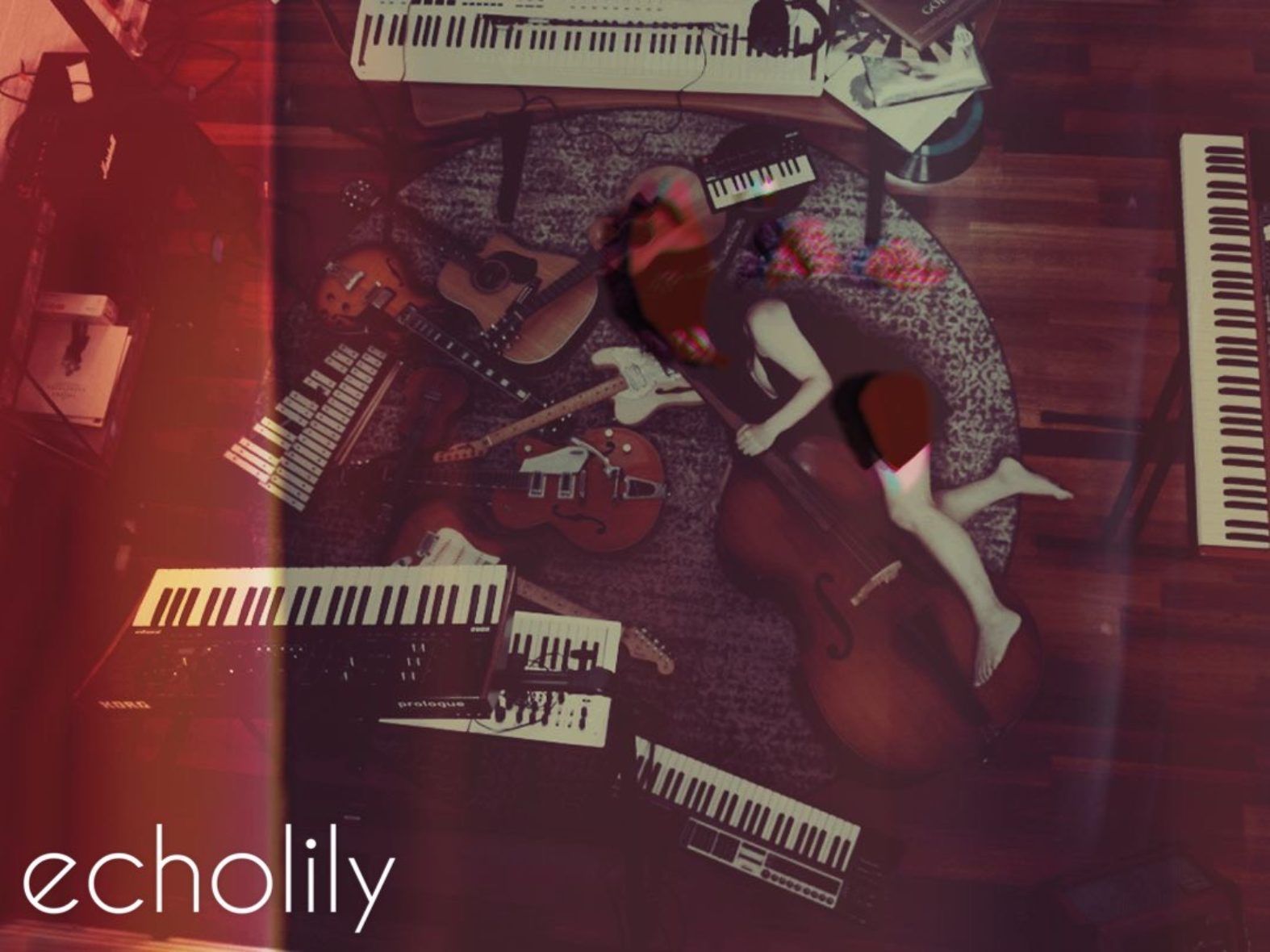 The first thing we wanna tell you when we write about Echolily is…we don’t know what to tell you. This young, Australian artist is one of the strangest, most delightfully complex people on the music scene today, and so it’s difficult to explain her to you, exactly. The best way for you to understand is to go listen to her music, so let us tell you a bit about that, and then you go listen to it on your own.

Her latest single, entitled quite simply “Under the Clocks (Stay)”, is a beautifully complex piece of music that, true to her name, sounds a bit like a song made of echoes. More precisely, much of it was done using a special echo chamber to capture that intimate, slightly secretive, yet exciting atmosphere. “Under the Clocks” doesn’t feel like a song you’re listening to in your headphones, but rather a secret conversation had with a close friend. From the very first lines, Echolily sounds like she’s telling you a deep secret that you alone are authorized to know. Her light, haunting voice cements a unique connection between musician and audience, crafting this beautiful, maddening image.

“Under the Clocks” is a love song of sorts that combines a million different genres, among which electronica, synth pop, trip hop and about a million others. And that, no doubt, is what makes it appeal to such a wide range of different people. Although young, Echolily has been steadily amassing a loyal following all across the world with her evocative sound and unusual, whispered voice, reminiscent of Sia’s singing style. In spite of the pandemic, Echolily has been doing her best to create music that speaks to people and to grow her business. Not one to be daunted by current restrictions or difficulties, Echolily has been one of the most proactive and inspiring figures on the music scene in the past year.

And now that we’ve told you a bit about her, there’s nothing more for us to do than to invite you to give “Under the Clocks (Stay)” a listen!

Jeremy Engel wrote his first songs in Dublin while walking down the cobblestone streets where he worked as a tour guide.

Tue Apr 6 , 2021
‘I Don’t Want To Stay’ is the first single of Jeremy Engel. This song has been recorded at Windmill Lane in Ireland in 2020 and has already gained several awards. Jeremy wrote this song the night of the passing away […]