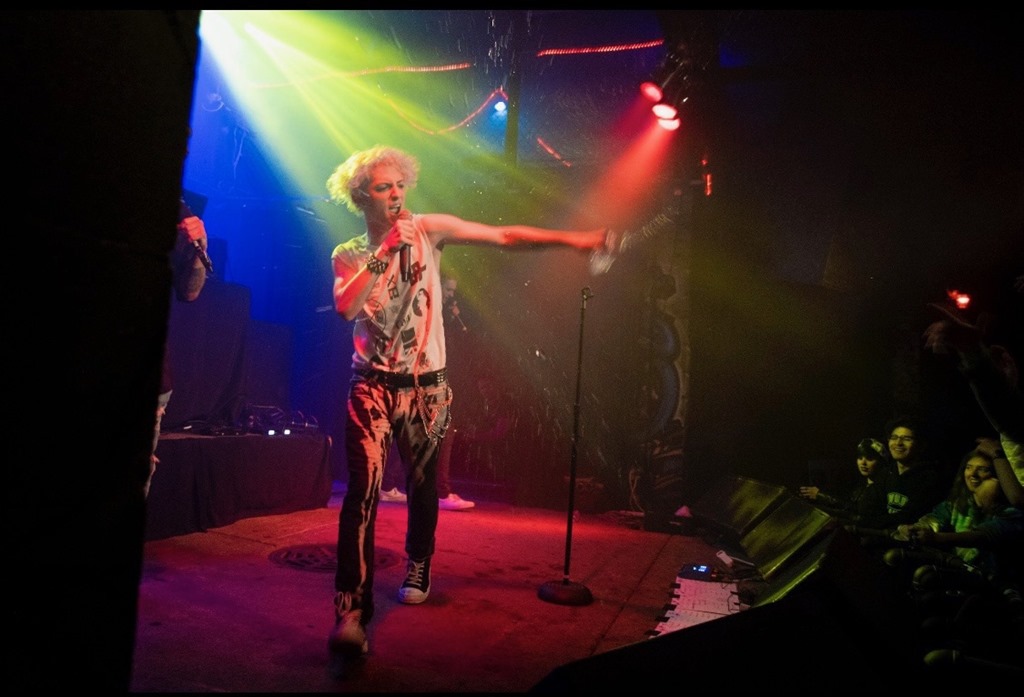 I Passed Away has already gained global attention from world famous names in the industry, working alongside Charlie Shuffler who was with Lil Peep and soon to be released songs made by 16yrold and CashMoneyAP..

He also works with The Hot Topic Foundation where he has decided to donate most proceeds to help their cause of mental health awareness.

The demon behind the mask is revealed! As one of Chicago’s rising alternative rap stars ‘I Passed Away’ dishes out new singles in lockdown  – Brand New Sound

They had a great shows at Reggies Rock Club Chicago in last winter and raised a lot of money for charity.

I Passed Away inspires the affected youth and locked down bedroom sinners, with a real life melodic spit that creates an Emo-Trap and Hip-Hop vibe and genre, full of infectious melodies and twisted love stories with melodic emotion and spacey Trap beats. This is Radical – Discover RAP

I Passed Away started creating and pushing his music seriously during the summer of 2018, while hanging out with the executive producer of the Red Roses EP, AkZeNT – a close friend of his.

This happened to be a stressful period for I Passed Away, and the two were trying to work out why he was consistently feeling down and stuck. AkZeNT alluded to the fact that I Passed Away needed another outlet, which could be found in the joys of making music.

This inspired I Passed Away to create and put out content, and it seems like he hasn’t looked back since, considering that he accumulates approximately 55k monthly listeners, 1.6K followers and rising.

Initially his intention was to release an album this year, but instead he decided to go with a series of singles. Including his latest popular releases:

The newest single is “Journey” out on May 29th release date.

When asked to describe his style of music in a recent interview, I Passed Away replied:

“I’m not really sure if I have a genre I necessarily fit into, but most of the songs I make have a sound that clicks with me. I’m not sure how to explain it but I can usually tell whether or not it’s something that’s going to be accommodating for me.”

“I would make a lot of music regarding love and relationships because it’s something I struggled with. I was able to just tell my stories through song writing. It was a great outlet in which I could vent. While many of my songs are emotional and have a serious tone, I still like to have fun with my music and you can find songs where you can catch a vibe. ”

The truth of the matter is, I Passed Away perfectly falls into the modern music aesthetic. The boundaries between genres have fallen away, and the genre-less fan has risen to dominate the market.

With the popularity of streaming sites, like Spotify, the sheer volume of artists people are listening to has massively increased. They listen to tracks within playlists, rather than albums, and the result is that their musical preferences can no longer be defined by just one artist or genre.

Hence I Passed Away gets his math right on two counts – one, he doesn’t define himself by a single genre, and two, he preferred to release many singles instead of an album. I Passed Away was planning a big year for 2020, but Covid-19 got in the way, forcing the cancellation of some shows – Indieupstream

I Passed Away live in action

In the meantime I Passed Away has concentrated on keeping in touch with his fan via social media, while he prepares and plots the moves necessary, to make sure he stays relevant and consistent, moving forward.

Thu May 21 , 2020
Tom Tikka picked up the guitar at the tender age of six after hearing Paul Anka’s “Lonely Boy” in his father’s old Chevrolet. Soon afterwards, he began writing songs. Tom’s infatuation with music only deepened after his aunt’s husband introduced […]