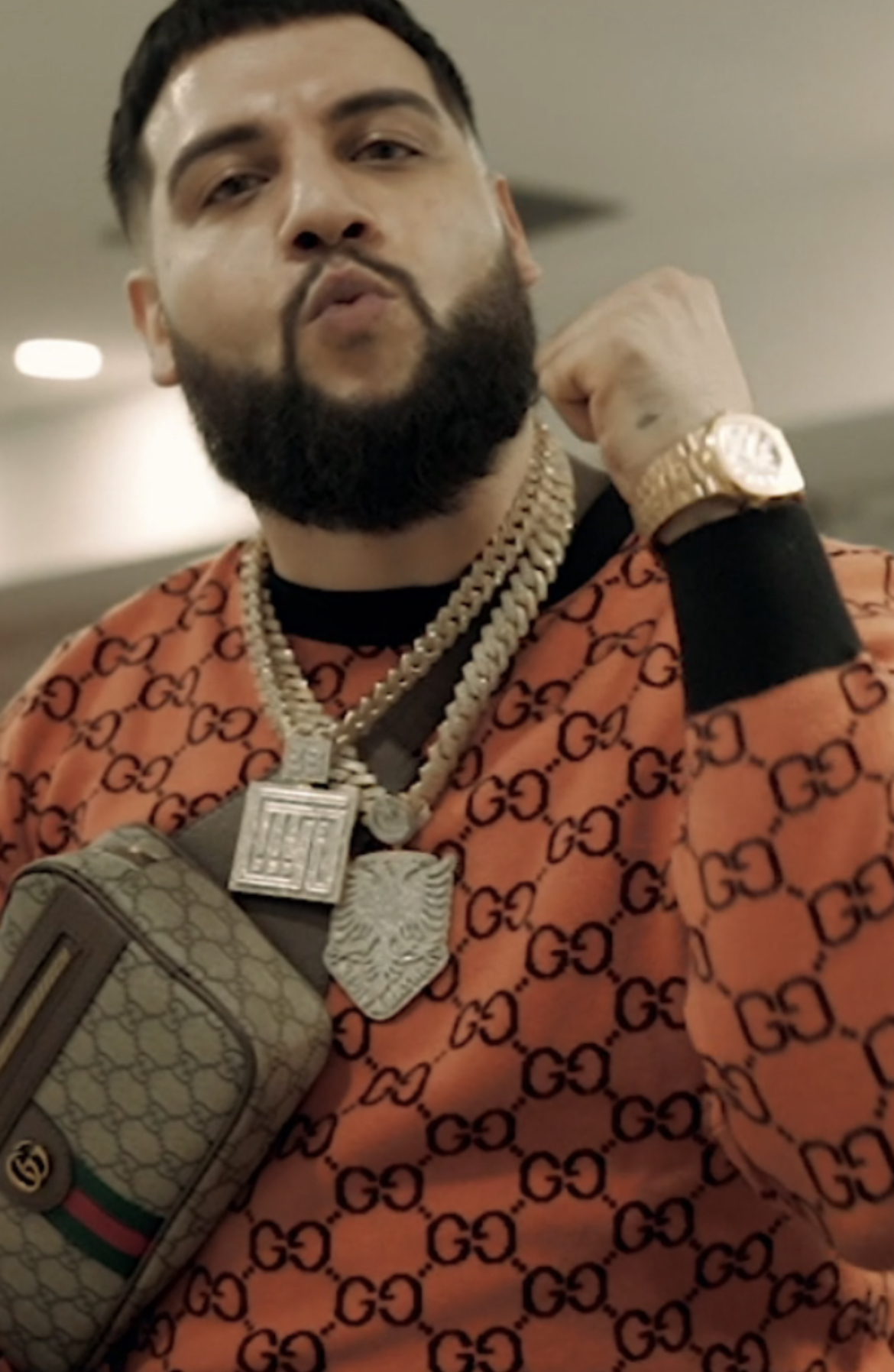 The Bronx is a rough part of New York City that has been home to many great rappers. Artists such as Cardi B, Fat Joe and more recently drill rapper Kay Flock to name a few. Now a new name is emerging, Gio Basha. Not your traditional drill rapper, Basha has introduced a new kind of rap style to the New York drill scene and a lot of people are paying attention. His lyrics are poetically violent and steeped in intelligent punchlines. So whether or not you like gangster rap, Basha’s wittiness supersedes the aggressive nature of his music. He offers a unique approach to drill, rapping over drill styled beats in a not so drill kind of way. If you know your HipHop, Basha’s bars and flow are more consistent with east coast rap music of the early 2000s. Somehow Basha finds a way to integrate that early rap style to follow the pace of new school drill beats. This has left many critics wondering if Basha has created his own genre of rap altogether.

Initially, Basha began rapping in memory of his friend who was murdered in 2020. In an interview Basha said, ”It was my friend’s dream to become a rapper, so I did my first song as a tribute to him.” At the beginning Basha only considered rapping as recreation, but after the release of his first song “Mafia” went viral, he decided to take it a little more serious. Basha’s second single “Money” became an instant hit in the MMA community, being used for both fighter introductions and UFC advertisements. The song was also praised for its “rawness and energy” by Grammy award winning artist T-Pain. Basha’s music has since been shared on social media by big industry names, such as Sony Music, Atlantic Records and WorldStarHipHop; prompting other major labels to take notice.

Basha doesn’t only bring a new sound to the table though, he also happens to be multilingual, fluent in English, Albanian, Spanish and Azerbaijani. If you think that’s interesting, even more provocative is Basha’s membership in the secret but ancient Zoroaster Magi Order, an invite-only masonic institution. Not an easy circle to infiltrate, as many powerful and influential people around the world have belonged to this order. To name a few, Magi members have included, Nostradamus, Roger Bacon, Alain de Rothschild and more recently the late Egyptian President, Hosni Mubarak.

Achieving any success or prestigious status for Basha was nothing short of a miracle. When considering that his childhood was like a nightmare. Growing up, Basha spent most of his teens in the New York City and state prison system. Eventually landing himself a 6 year sentence for attempted murder when he was only 16 years old. During his time in prison, Basha met Staten Island Rapper “Blizery” who he says gave him a deeper appreciation for lyrics and music. After their release, Basha and Blizery reunited. Their first project together called Sub Rosa, has all the grittiness and energy you might expect from a New York drill song. The music video to “Sub Rosa” however, is in a league all of its own. Most people have noticed that many artists like to put esoteric symbols in their work. You can find Freemason’s in everything from logos to advertisements, music videos and movies. The illuminati seems to be everywhere and nowhere at the same time — but in Basha’s “Sub Rosa” video, for the first time ever, these Magi allowed themselves to be filmed together, while dressed in traditional masonic garb. It’s important to not that magi regalia is designated only for secret ritual practices and certainly never to be worn in gangster rap music videos. Basha’s high rank within the order gave him an opportunity to create a space for his own artistic vision. The Zoroastrian Magi Order wants you to know though, that they are a charitable organization, not a criminal one, says Alessio Visconti the Grand Master Magi of the Esseni lodge. “We pride ourselves in upholding certain values and principles that make society a better place.” Artistic portrayals, cinematic or otherwise can be very entertaining, so Basha hasn’t broken any rules within the order Mr. Visconti confirms. That’s good news for him because Basha says through all of his trials and tribulations, music has always been “a kind of guide” — even long before he began rapping.

Though his pursuit for “sacred knowledge” is something Basha says, it truly changed his life forever and he encourages everyone to embark on that journey. Compared to other artists, Basha keeps a low profile and he claims he isn’t making music for money or popularity. His primary focus has been the stock market, to which he has made himself a small fortune trading. Lately though, Basha has been investing in cybersecurity startups and selling NFTs. So what’s next for this masonic, Wall Street Gangster rapper? Time will tell, but Basha says to expect a lot more music, because he has fun making songs and he likes to enjoy himself.

Thu Feb 10 , 2022
Kobe6’4 is emerging as one of Southside of Chicago’s most innovative young hip-hop artists. He began making music at the age of 8. Lil Wayne is an artist who inspired him to start recording music. It has been an outlet […] 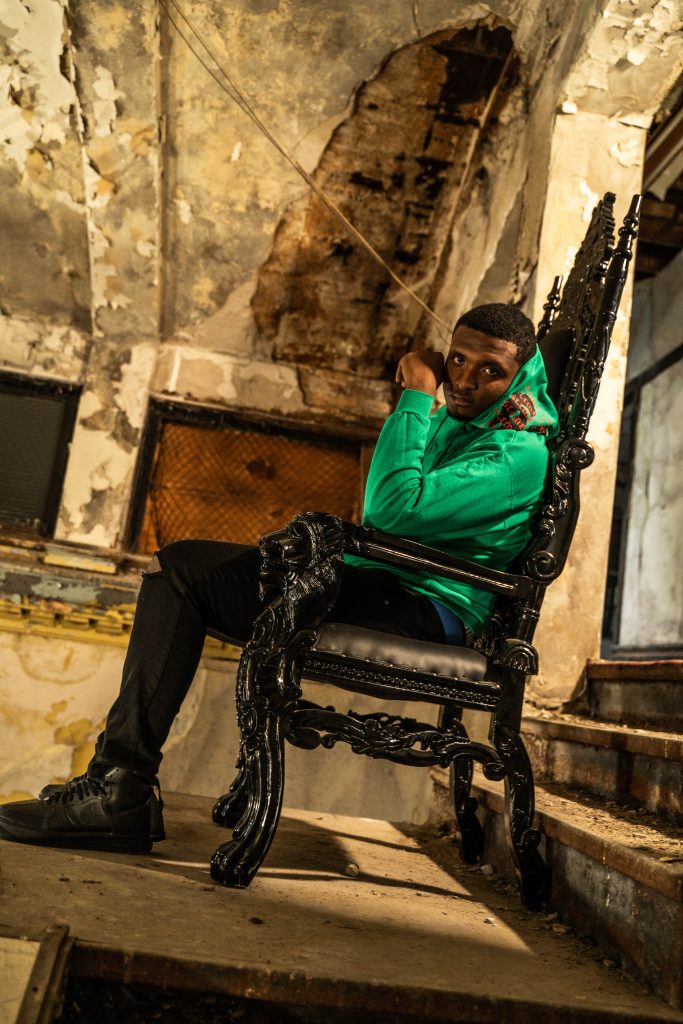