Randy MC; full name Randy Martono-Chai is a Taiwanese-American vocalist, songwriter, producer, and pianist born December 25 1994 in Taipei, Taiwan where he lived till the age of 4. His family moved to the United States of America and Randy was raised in Southern California, Randy has Filipino, Chinese, Indonesian, and Spanish roots and is a well-rounded Musical Theater performer as well as an accomplished classical and alt-pop singer who has firmly established himself as a professional solo act. His current movement is centered around promoting love and acceptance towards the Asian community in America.

Born to Seventh-day Adventist Missionaries who were also Biology majors in College. His father studied medicine before being deployed as a missionary and his mother later got a master’s degree in Public Health. Randy showed great musical interest from a young age. He took after his mother’s musical side and began piano lessons and flute in the 3rd grade. He later took up voice lessons bartering them for piano accompaniment services.  He often played accompaniment for choirs and groups and used this as an income stream and found his first job working for a Lutheran Church in Moreno Valley, CA. He went on to work for various denominations such as the Methodist, Episcopal, and Catholic Church. He is currently working for a Center for Spiritual Living in Temecula, Temecula Valley, SoCal.

Growing up his father wanted him to follow in the field of science and become a doctor, however, Randy’s tenacity and passion kept him growing in music and he later joined Varsity Men’s choir in High School as well as a tops Chamber Choir known as Chamber Singers and played flute in Wind Ensemble. He also played piano in and toured with a Jazz Band and today is an accomplished instrumentalist who plays the flute, piccolo, piano, and organ.

Randy spent 7 years in VA and is currently based in the South.  He graduated from Shenandoah University with a Bachelor of Music and a double major in Performance and Jazz studies. He was one of the 5 students in the history of the conservatory to complete the double major in 2 music programs in 4 years.

Before he moved to the South from SoCal, Randy developed a very acute affinity to Western art, jazz, and musical theatre. He also played with the Redlands High School Jazz Ensemble, a competitive band that toured Seattle in 2012. He also competed in the Inland Empire Piano Festival and would win the competition consistently. He had already diversified his musical talents at a young age having directed his first musical at the age of 16, a community production of Robinhood: The Musical at Yucaipa Little Theatre in Yucaipa. In college, he also learned how to teach and developed his prowess in musical theatre. He is also adept at scoring and arranging music in different styles and has taken conducting lessons.

Randy continued his work as a piano accompanist as well as a vocal competitor. He has also done a lot of work in production particularly for the band Souled Out.

Although being initially exposed to Classical, Christian, and Gospel music. Randy transitioned to jazz, classical, musical theatre, and pop. Over the years he has played and performed Hymnal music, Choral, Jazz, and Classical music. As a solo act, he mainly performs Alternative Pop music with elements of  R&B, Rock, and Jazz.

Randy MC has 5 singles titled “High”, “Baby Girl”, “Idgit”, “Partynauseous”, and “Several Times a Day” in his emerging alt-pop catalog. His songs are well thought out and carry nuances of Jazz and various syncopated elements. He has 6 singles that make up the EP dubbed “#StartAsianLove”. His main characteristics are smooth vocals and a refreshing writing style that is innovative and shows a sense of fearless creativity. He will be releasing his debut EP dubbed “#StartAsianLove” which is an Alt-pop project filled with substance and a heartwarming message that will change perceptions about Asian Culture in America as well as inspire and drive us to introspective conversations.

In August 2020 after recording 2 songs of his EP Randy decided to travel the country, particularly in the south starting with Northern Virginia to Baltimore to Chesapeake Bay to Cincinnati to West Virginia to Nashville where he stopped to record more parts of the songs. He then proceeded to Pigeon Forge then Dollywood and Atlanta. Randy then went to Savannah then Disneyworld in Orlando Florida and eventually New Orleans where he stayed for 2 months. This is where he wrote and worked on more music, collaborating with local musicians finding inspiration in the vibrant city of New Orleans taking various motifs and themes from New Orleans. The EP cover reflects Randy’s response to the #StopAsianHate movement. He wants to normalize Asian and Asian-American culture in the US.

Randy has been performing, producing, teaching, and coaching all over CA, WV, and the DMV (DC, MD, & VA) since the age of 14. He currently offers online & in-home music lessons and coaching for artists at all levels as well as arranging and orchestrating music scores.

He has taken up various roles over the years. He served as a rehearsal pianist for 10 musicals and doubled as music director and assistant music director for 6 musicals. Most notably, he was the Music Director in several iconic musicals performed at the Apollo Civic Theatre such as Mamma Mia and The Wedding Singer.

As a classical singer, he made his Kennedy Center concert debut in 2019.

Randy also played in the cover band Souled Out,  a prominent and well-known band in one of the best funk and Motown bands in Shenandoah Valley that predominantly plays funk and Motown hits as well as covers of some Pop songs.  Randy performed with the band for over 5 years.

Sat Nov 13 , 2021
Synthesized loops, glitching drum beats and euphoric textures, Italian artist Luca Draccar’s latest release is a force to be reckoned with. ‘Neo Noir Plaisir’ is a synergy of pleasure and sin, combining a kaleidoscope of genres and styles. “It is […] 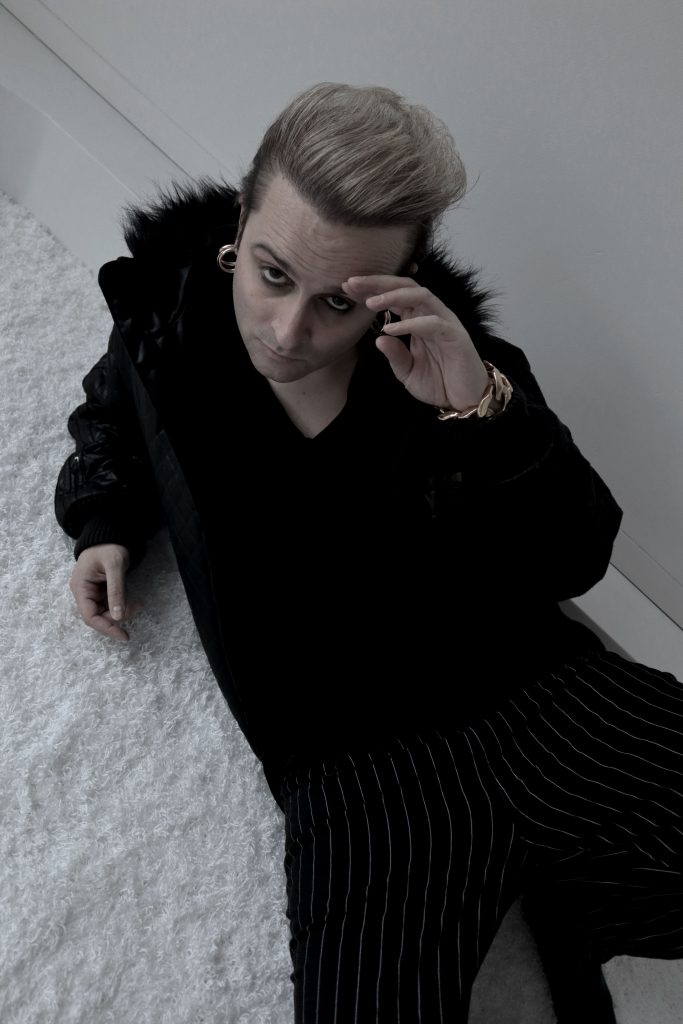